Growing Up In A Male Fantasy World, plus a review of Sherwood Rogue by Kristi Cramer

I’m a huge fan of fantasy fiction but when I read Sherwood Rogue by Kristi Cramer this weekend (the review follows) I suddenly realised something odd.

Apart from the Earthsea stories by Ursula Le Guin, I couldn’t remember a single story with a female lead.

Not one! Isn’t that wild?

I guess in those days, publishing houses were run by men and for male authors. I can’t say it bothered me because, in my head, I had no trouble at all identifying with the heroes.

Mind you, I did get fed up sometimes of the very dull female characters. I remember moaning to my brother, also a massive fantasy fan, that the girls in the Riftwar series are either princesses or plucky tomboys, and very one-dimensional tropes to boot.

At the time, I grumbled but accepted it, and got my happy reads with rounded female characters from authors like Daphne Du Maurier, Mary Stewart, and Mary Renault.


While it's possibly easier to write from your own gender perspective, I would like know why my favourite fantasy authors generally avoided writing good female characters. Did they think we didn't matter? Or did they try, and discovered they sucked at it?


Anyway, having read Sherwood Rogue, I’m blessing myself for living at a time where online publishing is allowing women writers to share their work with the world. Not only is it great for us, but it means young girls can now pick up fantasy novels with finely layered female characters.

I think it’s also excellent for the genre at large; when a small group has dominated a field, opening it up breathes in new life and new ideas.

So, it’s a happy day today. I’ve got a new favourite book and there’s more to come.

(Update: I've figured out why I still enjoyed fantasy novels! )

Review: Sherwood Rogue by Kristi Cramer
I thought YA and Robin Hood would be dull as dishwater so I’m totally taken aback by this unusual take on the legend. This was an awesome read!

Unhappy 21st century Kay steps through a time portal and is sent to Sherwood Forest where she joins Robin Hood. While she lives the legend, she’s living her own story at the same time. The result is an adventure story with a love theme - and some excellent twists. (I won’t spoil it for you.)

What I loved about it:
It’s a thoroughly human story with carefully layered main characters.
It retains some of the legend’s iconic points, like the fight between Robin Hood and Friar Tuck.
The gore, the dirt and the rough bits of medieval England are all there.
Kay doesn’t become a sage or a wise woman or any of the usual tropes.

What I didn’t like:
Actually, it was an excellent read. If I’m super critical, then I’d say the first few paragraphs don’t hint at the amazing story to follow. So if you read only the first page, instead of dipping in the middle, you may miss out.

Five star read, and it’s on my re-read list.

Oh, and a message from me: on Saturday I pick the winners for the batik sarong and beach purse. It's newsletter subscribers only, so if you want in, sign up! 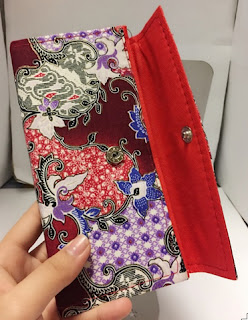 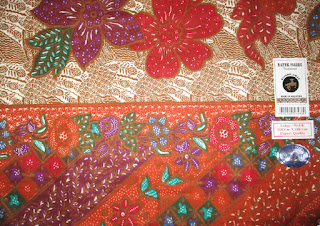